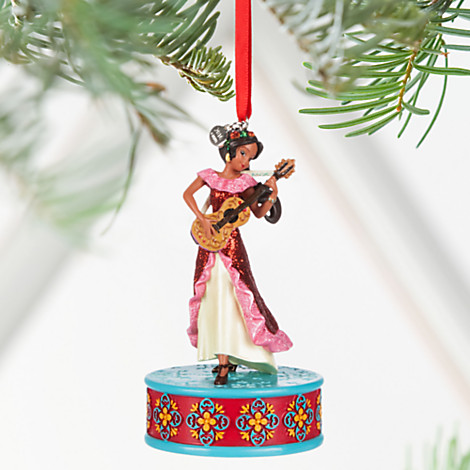 After the turkey is all finished and the last bite of stuffing has been stuffed, people all over the United States will head to bed with visions of bargain deals dancing in their heads.

Before the sun is even up, people will be piling into cars and heading for the malls and big box stores to get their best deals on gifts for loved ones.

One of the biggest categories of gifts that people like to score are toys. (The cost can really add up when you go to purchase toys.)

Just like all other businesses, the Disney Store is going to have its fair share of deals.

Since we are Mousekatots and are pretty obsessed with Disney, I thought I would share some of the deals you want to snag this Black Friday at the Disney Store or disneystore.com.

The first deal that Disney is offering is 60 percent off when you take an extra 20 percent off your purchase. You need to use the code THANKS.

If your Mousekatot is a fan of “Finding Dory,” who isn’t, then there are few deals you might want to snag.

While you might regret this purchase in the future, this Deluxe Singing Elsa Doll stands at 16″ and sings, you guessed it, “Let It Go” while her dress, hands and ice swirls light up in cool blue. Elsa retails for $49.95 but is on sale for $29.95.

In our house small, plastic figures are a big hit. We love to play with them on their own or use blocks to build them houses, castles, garages and anything else we can think of. This Disney Princess Mega Figure Play Set, originally $49.95 now $39.95, might not seem like that big of a savings, but it is a really nice set with a variety of figures.

Every year we all exchange ornaments with each other. This Black Friday, the Disney Store, is having a sale on a lot, if not all, Sketchbook Ornaments. Some of the characters featured include Ariel, Peter Pan, Stitch, Doc McStuffins and more. My favorite one would be Princess Elena of Avalor. Regularly $16.95 they will be on sale for $10.

Once again “Frozen” has made my list. Bath time is another time that is a hit at our house. This is why I really like this Frozen Bath Toy Set. While these toys are made primarily for use in a bath, they can also be played elsewhere and are great for the littlest of ones who want to put everything in their mouth. Bonus: they can be cleaned easily. Double bonus: Marshmallow is included in the set. Regularly $16.95 for $10.

Die-cast cars can really be pricey. Not only are they toys, but they can also be collectables that can be passed down from generation to generation. On Black Friday the Disney Store will offer a 15 die-cast, car set in the Piston Cup Die Cast Deluxe Gift Set. Originally $99.95 on sale for $79.95. This does have a hefty price tag, but considering what is included it might be worth it for your little “Cars” fan.

While you are doing shopping for everyone else, you might want to treat yourself to something special. The Haunted Mansion Nylon Crossbody Bag by Dooney &Bourke. Usually $188 it is down to $80.24. This is 57 percent off. This is a good deal.

These are only a few of the deals that the Disney Store will have on Black Friday. What is your favorite deal? Leave your comments below.